Your Genealogy in Your Pocket - PDAs by Beau Sharbrough

Introduction to Speaker by Brian Cooper and Robert Raymond
Main Presentation: Beau Sharbrough – Your Genealogy in Your Pocket – PDAs
We have had Beau here before and he has spoken on a number of good topics. I remember your digital photography class very well. Beau worked for Ancestry and now works for Footnote.com. Beau is one of the foremost genealogical experts in the nation. He was early on one of the instigators of the genealogical data model. He had a role in the push towards the standard interchange format which the Church finally answered with GEDCOM. The organization was GenTech. Beau is a nationally know figure and it is quit a treat to have Beau talk to us.

Beau Sharbrough – Your Genealogy in Your Pocket – PDAs

I now work for Footnote and my job is to decide what content we are going to acquire and put on the site. I do have the best job in the world. We have a license agreement with the National Archives and that is a fairly big candy store to turn a genealogist loose in. In May we also signed a license agreement with FamilySearch. Two weeks ago we signed a similar agreement with the Allen County Public Library. The more these things happen the easier my job gets. People that wouldn’t take my calls a year ago call me now and say they think they have things that will look good on the Footnote site as well. Footnote is a history website with a strong focus on original records. There are more Nationalization records on that site than any where else in the world.

My last PDA was a Tungsten T3, it has an expansion slot that wasn’t bad for watching a movie. The battery life wouldn’t get you to the end of the movie. Other than the shortcoming it was nice little guy. I refer to things as gadgets because there are too many technical terms for them. There are handheld computers, smart phones, PDA, they come in so many groups that I don’t want to confuse you.

Why would I want a gadget?
1. If you have to ask, maybe you don’t.
2. Reference
-Genealogy (there is a palm version of PAF, its free.)
-Flight times, movie info, etc
3. Navigation
-Maps
-Routes
-Traffic
-Finding the hotel
4. Communication
-Email
-Web
-Calling
5. Creating sources
-Maps
-Photos of gravestones and other places
-Movies of people

What’s a PDA?
1. A Personal Digital Assistant. This is a handheld computer.
2. They can be used in genealogy to
-collect research
-look up information
-work as a PC replacement for basic office applications, and
-as an organizer
3. Don’t let the size fool you – these are serious machines
My current PDA is a Treo 650, I’ve had it over a year. 60mg of memory built in and I have a 1 gig expansion card. I have more processing power and storage space available to me than someone that owned an IBM 360 computer in 1971.

Basics
1. Forget the keyboard. You enter information by transferring it from another computer, by scribbling in “Graffiti”, or by pecking at a virtual keyboard.
2. They’re all in color now.
3. “Beaming” is sending addresses, business cards, and appointments wirelessly, using an infrared port.
4. You can sync your information from your desktop to your PDA.

Palm vs PocketPC
1. There are two “operating systems” used for PDA’s: Palm and Pocket PC.
2. Palm started the game, and Microsoft, as usual, wants in.
Palm has announced that they are not going to make any more PDAs using the Palm operating system. They are going to use Unix. Right now the choice is Palm or Windows CE operating systems. You need to decide which one you want to go with before you buy it.
3. If you use a Mac, and like PDAs, you won’t be using a PocketPC.

How much and how big?
1. Chevy. $100 and less. These are great for note-taking, phone numbers, and appointments. Your basic organizer.
2. Buick. $300. These are good for running PDA applications, like Office, and genealogy programs.
3. Cadillac. $500 and up. Wireless. Lots of memory. Better add-ons. Bigger screens.

You can put your genealogy on an iPod.

Peripherals Accessories
1. GPS. A PDA is not too big to be used as a combination compass and map. They are good for walking trips. He showed a BlueLogger from DeLormay, a Bluetooth GPS.
2. Camera. Built in camera and add-ons have exceeded a megapixel.
3. Storage. There are generally expansion slots for more memory. And soon, hard drives.
4. Chargers. You will want a couple of these.
5. Modems. They make them with phones in them now – mine is Cingular.
6. External keyboards. For that long plane trip when your laptop battery can’t keep up. They make virtual and they make mechanical ones.

Genealogy
1. All have a PC part (a computer program) to read GEDCOM, some read others. It creates a PDA compatible file.
2. Hotsync downloads the file.
3. The PDA side (a computer program) uses it.
4. Some allow updates and changes, that can be uploaded – the Personal Reference Boundary.

They can all read GEDCOM and some can read other file formats than GEDCOM. One of them uses The Master Genealogist’s GenBridge program. I find that when I go to the FHL I can’t really carry all of the three rings binders that I have. If I go there to work on the Tuckers and I find something on the Sharbroughs I don’t have my three ring binder for them. If I don’t know if I already know who that guy is or not I like to be able to look up everyone in my record on my PDA.

The PAF version for the PDA is read only. You can’t put new people in it. It’s reference only. Some of these programs will let you put information into your PDA. Then when you upload it to your computer it might make a mess of it.

The guy that makes MyRoots says you can update this stuff but don’t try to hot sync it back into your desktop program. Instead sort the entries you made by date and then key them again into the desktop program. Use it as a tablet, a way to right down the things that you come across. It’s fairly easy to carry a laptop to the FHL these days.

PDA Report of how the companies are doing and which sell the most.
http://www.palminfocenter.com/news/8564/gartner-pda-report-
for-q1-2006/

You can also browse the internet with some PDAs. Beau has surf the internet while on TRAX. Ancestry.com is difficult to read while on your PDA. I have never heard of a virus attacking a PDA. The cost of the phone and internet service: Cingular charges $40 a month for unlimited data use and about a $40 a month for phone service and roll over service. For my laptop I have a Verizon wireless card, unlimited broadband for $80 a month.

I use Palm for my PDA because I use Microsoft products a lot. You might say but doesn’t Microsoft write the operating system? They write the PocketWord and PocketExcel. But those things loose all there formats and all their fonts when you look at the PDA version of them. If you change them and upload them back up those hosed format go back up to your desktop. There is a program called DocumentsToGo that I use with my PDA. It lets me use all my office documents, Word, I can do PowerPoints on it. I can do all those things on my PDA in their native format, when I upload them back up it will update the version on my desktop and it doesn’t loose the formats, fonts or anything. A non-Microsoft company can do it better than Microsoft can. DocumentsToGo is the only program that will read Vista documents on a PDA. 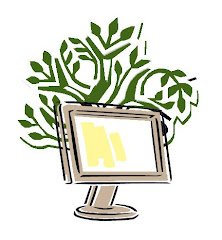